What Did People Do, Before Social Security?

For many of us, it’s hard to imagine life before the invention of Social Security in 1935. Federal employees, like you, did have a retirement system in place beginning way back in 1920. Once the the FERS system was introduced in 1986, federal employee retirement plans included a greater measure of dependence upon Social Security. So, most of you reading this will one day rely upon income from Social Security… What did people once do, without it?

One in two senior citizens were impoverished. Before Social Security, half of retirees lived in poverty, surviving however they could, and often dying prematurely.

Dependence on family. Many seniors relied on extended family to care for them. This isn’t necessarily a bad thing, but retirees today are far more independent and wish to avoid feeling like a “burden”.

Pensions. As we mentioned, federal employees and a few lucky others did enjoy a pension upon retirement. However, pensions were not always overly generous, and have mostly fallen out of favor within the private sector today. As a federal employee, you do still have your annuity.

Personal savings. Workers sometimes stashed extra money to provide for their own retirements, via savings accounts. They were subject to whatever interest rates they could get their banks to pay.

They stashed cash in the mattress (or other places). This isn’t just an urban legend or funny saying! People really did simply hide cash around the home, because banks were not FDIC insured until 1933. That meant placing money in a bank could actually be risky.

Annuities. While a bank account might have felt unsafe, or provided a low rate of earnings via interest, annuities did become popular from the 1890s through the 1920s. In exchange for a sum of money, retirees could enjoy guaranteed income.

“Poor Houses”. The “poor house” isn’t just a quirky saying; it was an actual place to which people could go when they experienced poverty. Many retirees ended up “in the poor house”, but the lodging came with a price: Often you had to sign over personal property, you lost your right to vote and move, and you might have been forced to wear a “P” on your clothing!

Sharecropping. Some seniors signed up to farm a portion of land, in exchange for some of the resulting crops. This arrangement did not provide for income, but at least kept food on the table, provided the retiree was able to perform such difficult work.

We’re sharing all of these facts as a reminder that, although we often see depressing news about Social Security funding or retirement as a whole, we really are quite fortunate in this day and age. Social Security is one of the most successful public programs in history, and the retirement system enjoyed by federal workers is one of the most successful of its type as well. But as always, if you have concerns or questions about your benefits, please contact us. We specialize in helping federal employees understand their retirement system, and we’ll be happy to help you. 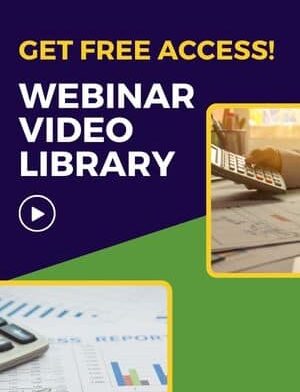 Every month we discuss the topics that matter most to you in retirement. Get access to all the latest webinars and learn about what you need to know when preparing for retirement. Enter your name and email below, and we'll send access to our Webinar Video Library directly to your inbox.

Success! Check your inbox for your Webinar Library access information.

Every month we discuss the topics that matter most to you in retirement. Get access to all the latest webinars and learn about what you need to know when preparing for retirement. Enter your name and email below, and we'll send access to our Webinar Video Library directly to your inbox.

Success! Check your inbox for your Webinar Library access information.